Ito predicts Fit will lead a surge in Honda sales

Ito predicts Fit will lead a surge in Honda sales

That means, according to Ito's vision, that the Fit -- more so than Honda's current high-volume Accord, Civic, Odyssey or CR-V -- would power North American sales 18 percent higher to Ito's target of 2 million vehicles in the fiscal year ending March 31, 2017. In 2012, Honda expects North American sales of 1.7 million.

Ito says the Fit's U.S. sales will rise after a redesign scheduled for next year. The following year, Fit production begins at a new plant in Mexico, which will give dealers more Fits to sell unburdened by the unfavorable dollar-yen exchange rate. The arrival of additional body-style variants also will help.

"We've set the target of selling 2 million vehicles in 2016," Ito told Automotive News last week. "What is for sure is that of that, the Mexican-produced 200,000 units, which entail the Fit and its variants, will be the minimum contribution that that series makes."

Under Ito's plan, the Fit family would account for about 10 percent of Honda's North American sales.

In 2011, Honda's Fit sales in the United States rose 9 percent to 59,235. Yet the Fit accounted for just 5 percent of the company's U.S. sales. Adding Canadian and Mexican sales, the Fit made up 4 percent of Honda's North America volume.

The next Fit will be more fuel efficient and better packaged, Ito said. And it will be priced more competitively because of the new Mexican production.

"We will be able to provide even more advanced package and further fuel economy enhancement without the exchange-rate disadvantage," Ito said. "It is going to sell very well."

The Mexican assembly plant opens in 2014 with capacity to build 200,000 Fits and Fit-based variants. The factory aims to supplant all Fit imports from Japan. Ito said the "vast majority" of its 200,000 output would go to the United States.

The redesigned Fit will be the first car featuring the next generation of Honda's one-motor hybrid system, which it calls integrated motor assist. That drivetrain gets new everything: battery, electric motor, engine and transmission, Ito said.

Honda hasn't decided whether to sell the Fit Hybrid in North America. Some analysts believe Honda's ambitious target is within reach. "I don't think it's outlandish," said Chris Richter, an auto analyst with CLSA Asia Pacific in Tokyo. "There is appetite for the Fit. But I think Honda has been deliberately suppressing exports of the Fit because at the current yen-dollar exchange rate, you can't make money exporting from Japan."

In June, Honda CFO Fumihiko Ike told Automotive News that the company loses money on exports from Japan at current exchange rates of around 80 yen to the dollar. He also said Honda was carefully allocating supply of the Japan-made Fit to the United States to help insulate Honda from the foreign exchange hit.

"Dealers can't get a decent supply of Fits now, but that will change once you get local supply," Richter said. Honda aims to squeeze incremental volume from Fit variants. Honda has said it plans a crossover based on the Fit, but Ito declined to confirm whether it would come to U.S. showrooms.

"With the Mexican production we won't be producing just Fit itself, but we are going to start production of its variations at the same time," Ito said. He declined to specify the next body style, but said: "We are thinking of a variation Americans will really love." 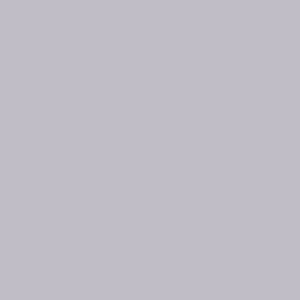